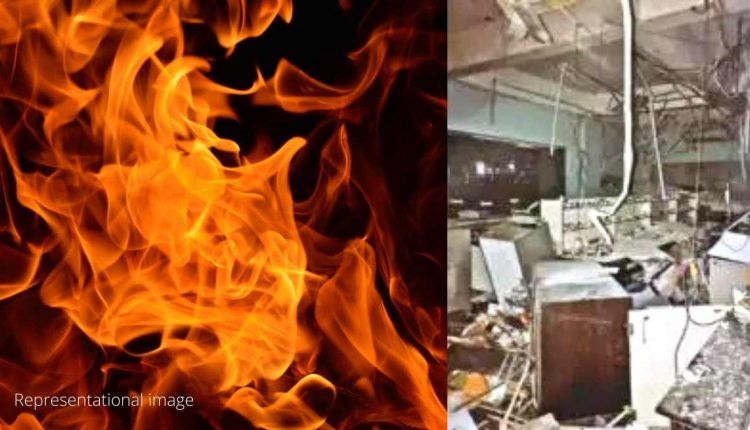 Five workers of Euro India Fresh Foods received burns in an explosion following a flash fire early on Wednesday at Ichhapore GIDC. The employees told the fire officers that there was a gas leak from a pipeline and the flash fire happened when an electric switch was turned off.

Among those who received injuries include Ankit Valvi, Ravi Rameshwar, Vipul Krishnavarni, Sajan Valvi, and Parth Patel. Fire officials said that all the injured have been admitted to hospital for treatment while Parth Patel’s wounds are severe. 4 employees who received minor injuries were discharged later in the day.

The fire occurred in the quality control laboratory of the firm on the ground floor. Ceiling, Partitions, furniture and computers were damaged due to the explosion. Officer said, “The intensity of the blast was such that almost all glass on the ground floor was shattered. It is good that there are no fatalities and the employees have survived.”

The fire control room got a call at around 4.39 am after which fire fighters from 2 fire stations rushed to the scene. Fire officer told The Times Of India, “When we reached there was no fire. It was a flash fire followed by a blast. The blast was so heavy that it led to cracks in the building wall.”

Manhar Sanspara, chairman of the company said, “Health of four employees is good and they have been discharged. One patient is under treatment. The exact reason behind the fire and the blast is not clear. Teams of forensic science and police are investigating the exact reason.”

Akriti Tiwari is a student of journalism from Kalindi College, Delhi University. Having high learnability, she is a cinephile, with a passion for film-making, content writing and geopolitics.

Exports of agricultural and processed food items jumps by 31%

Mobilla ropes in Kajal Aggarwal as face of the brand