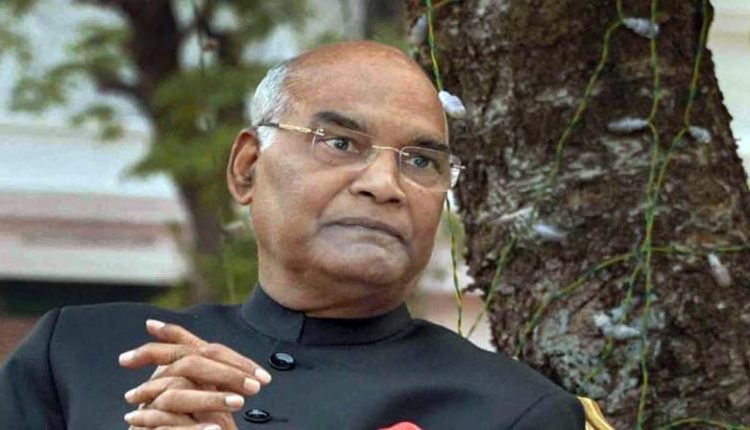 ‘I get Rs. 5 lakh a month and pay more than 50% in taxes,’ says President Kovind

President Ram Nath Kovind is on a visit to his native village these days. President has gone to Kanpur, Uttar Pradesh with his wife Savita Kovind for the first time by Indian railways. During the visit at Jhinjhak, U.P. President Kovind told in a speech that he pays tax amounting Rs 2.75 lakh a month.

Addressing a gathering, he said, “If the president is the highest paid employee of the country, then he also pays taxes. I pay a tax of Rs 2.75 lakh a month. But people only talk about my Rs 5 lakh salary.”

He further added, “Due to half of my salary going to tax, I make fewer savings than several other officials in positions of public service. The teachers here… they earn the most.” President Ram Nath Kovind also requested everyone to pay taxes as it is only for the development of the country.

In a rare emotional gesture, after landing at the helipad near his village, Paraunkh of Kanpur Dehat district of Uttar Pradesh, President Ram Nath Kovind bowed and touched the soil to pay obeisance to the land of his birth. pic.twitter.com/zx6OhUchSu

During the three-day train visit to the hometown, the President accepted public greetings at Jhinjhak and Rura railway stations in Kanpur Dehat and met old acquaintances from his early days in school and social service.